M.P. Shelford will be in the store, please join us!

About the author's book:

Sybbyl Shadowspring is on the move, motivated by ancient vengeance that cannot be satisfied. Possessing an unholy artifact called The Heart, the dark witch travels the countryside searching for the purest human sacrifice capable of enduring its deadly embrace.

Lilian Islidora is just a servant girl, awarded the prestigious opportunity to work for the Lord of Weldunmeadow. Through her mundane duties to the heir of the Duin Kingdom, she finds herself longing to become something more. After a series of events begin unfolding, Lilian quickly becomes aware that she may be the key to an ancient prophecy and has developed the gift of wielding magic. As the shocking truth of her impressive capabilities are revealed, Lilian tries to flee, avoiding the persecution of those who would renounce her abilities and brand her a heretic to the country’s devout faith. Now on the run, she must find a way to escape the realm. As Lilian tries to hide from her pursuers, the desperate young woman stumbles into the den of the sinister Shadowspring witch. To Sybbyl’s delightful surprise, Lilian is the perfect match for the sorceress’s evil scheme. After enduring the torment of dark magic, Lilian soon awakens, startled to learn that she is now a princess living in a castle on the other side of the continent.

Can Lilian undo the spell and free herself, or will she forever be a prisoner of Sybbyl’s power? Finding an ally in an old wizard, Lilian discovers that a mystical sword name Etcherfrost possesses the strength to break the curse. As the quest to find the Azure Blade unfolds, Lilian must fight for her life to overcome a horde of hostile mercenaries, possessed demons of emerald flame, and the terrifying fury of Sybbyl Shadowspring herself. 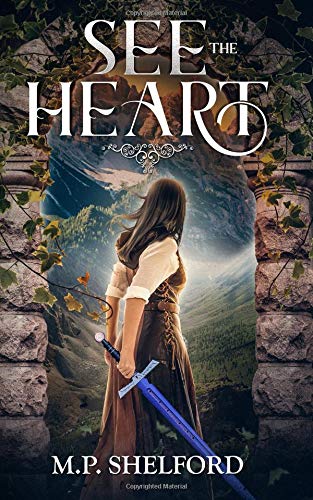 Now you can buy digital audiobooks and support Lift Bridge at the same time!

Give us a Call to Purchase a Gift Certificate